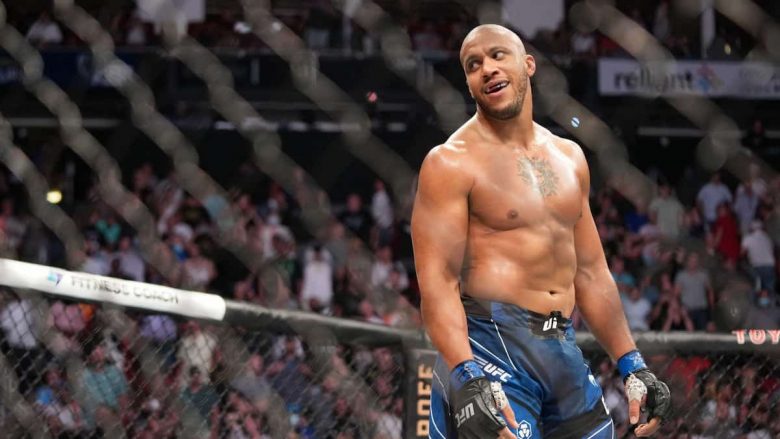 He hopes to bounce back from his first professional MMA loss, which came against heavyweight champion Francis Ngannou via unanimous decision this past January at UFC 270.

Tai Tuivasa is enjoying a five-fight winning streak and is coming off of the biggest win of his career. This past February at UFC 271, Tuivasa knocked out former two-time title challenger Derrick Lewis in the second round.

The win earned him his fifth knockout win in a row as well as his third performance bonus in a row.

Gane will stand three inches taller and have a six-inch reach advantage over Tuivasa.

At -620, the former interim champ is the largest betting favorite on the main card.

To find out how to place your bets for this heavyweight main event, check out our ultimate UFC betting guide to get started.

Robert Whittaker TALE OF THE TAPE Marvin Vettori 31 Age 28 5 ft. 11 in. Height 6 ft. 73 in. Reach 74 in. 23-6 Record 18-5-1 After losing his middleweight title to Israel Adesanya, Robert Whittaker won three straight – earning him a chance to win his title back in his most recent fight.

Unfortunately, Whittaker came up short at UFC 271, losing the rematch against Adesanya via unanimous decision this past February.

Marvin Vettori’s last loss also came in a rematch to Adesanya. However, Vettori is coming into this fight following a win over Paulo Costa; a fight that took place at light heavyweight.

With black belts in Brazilian jiu-jitsu, hapkido, and karate, Whittaker has more fight experience than his opponent, but it is Vettori who will have the height and reach advantage.

His last fight took place last year, where he suffered a unanimous decision loss to Albert Duraev. There was a two-year gap between his two losses, during which time Kopylov had three fights canceled.

Alessio Di Chirico is just 1-4 over his last four fights. His last fight took place one year ago, where he suffered a first-round knockout loss to Abdul Razak Alhassan.

The more experienced Di Chirico is a slight favorite at -120.

His opponent, Nasrat Haqparast, is hoping to snap a two-fight losing streak this Saturday with a win over Makdessi.

Haqparast most recently lost via unanimous decision to Bobby Green at UFC 271 this past February.

The German-born Haqparast will have a two-inch height and four-inch reach advantage.

Despite the losing streak, Haqparast is the favorite, listed as -225 to win.

Jarno Errens is 1-1 in his last two fights, but recently defeated Alisher Abdullaev by unanimous decision at Brave CF 61 just one-month ago!

Gomis will enter the octagon as the -210 favorite.

Charles Jourdain TALE OF THE TAPE Nathaniel Wood 29 Age 26 5 ft. 6 in. Height 5 ft. 9 in. 69 in. Reach 69 in. 18-5 Record 13-5-1 Brazilian jiu-jitsu black belt Charles Jourdain recently saw his two-fight losing streak snapped at the hands of Shane Burgos – who defeated Jourdain via majority decision this past July.

England’s Nathaniel Woods is 2-2 over his last four fights, most recently defeating Charles Rosa via unanimous decision this past July in what was his featherweight debut.

Both men will compete with an equal reach but Wood will stand three inches taller than his opponent.

How to Watch UFC Fight Night: Gane vs Tuivasa