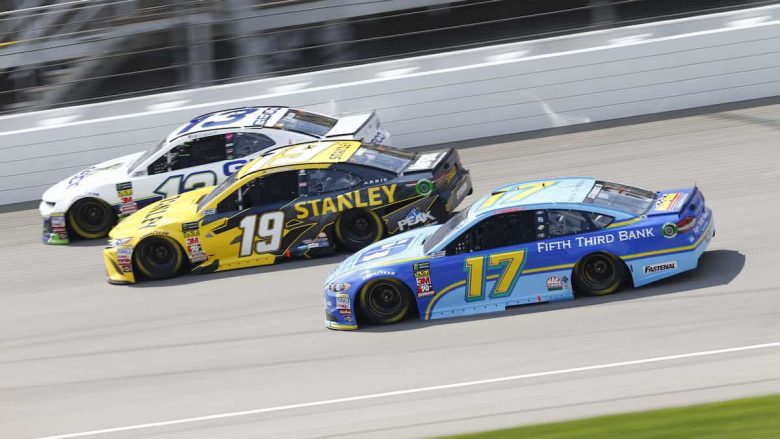 *) , , , , For the first time in this season’s NASCAR Xfinity Series will race on a track less than 1.5 miles. The series will visit Phoenix Raceway in Arizona for a show with practice and qualifying. It is a mile track located in the Sonoran Desert.

The United Rentals 200 will be contested over 200 laps, with stage breaks scheduled after 45 and 90 laps. Austin Cindric won last year’s spring race at Phoenix, but the reigning Daytona 500 winner has moved on to the NASCAR Cup Series and won’t be defending his victory on Saturday.

After Three Straight Podium Finishes, Noah Gragson Is Due for a Victory

In fact, the No. 9 JR Motorsports Chevrolet has finished third, second and second in the first three events of the 2021 season, elevating him to the top of the series standings with a 17-point lead over second-place Ty Gibbs.

Gragson’s consistent speed has been evident this season. However, Phoenix might not be the best venue to win a race. Gragson has scored only one top five and three top 10s in six starts at the track.

Though he opened as a co-favorite with teammate Justin Allgaier and JGR’s Gibbs (all +500 via DraftKings Sportsbook), we recommend looking elsewhere for Saturday’s Phoenix winner.

If you are looking for someone who is almost certain to win in a Phoenix race then Justin Allgaier will be your driver.

Allgaier has started 23 Xfinity Series races at the one-mile track, and in those races, he has completed an astounding 4,615 of a possible 4,618 possible laps (99.9 percent). He has spent 493 of those laps in the lead.

Allgaier’s 23 starts have produced two wins, eight top fives and 15 top 10s, for an average finish of 8.7. Allgaier’s performance in recent races is the only thing to be concerned about. He finished eighth in last year’s race and was ninth.

Nevertheless, we advocate betting on Allgaier to win (+500 via DraftKings) and to finish in the top three (+140).

Ty Gibbs is the real deal, as he proved conclusively in Las Vegas

It doesn’t seem that Ty Gibbs has any experience at all on the Xfinity Series tracks. Last Saturday, in his second start at Las Vegas, the 19-year-old driver of the No. 54 Joe Gibbs Racing Toyota outran Noah Gragson for the victory.

The United Rentals 200 will mark Gibbs’ second start at Phoenix. Gibbs finished second behind Austin Cindric in his March debut. If Allgaier can’t get the job done on Saturday, Gibbs (+500 via DraftKings) is most likely to pick up the slack.

We like Gibbs to be a good runner, as does Trevor Bayne. Bayne finished in Fontana’s top three after a successful bet. In his second start of the season, he’s capable of another top-three run at Phoenix (+280), where he posted six straight top 10s in his last six starts (2011-2014).

How to Watch United Rentals 200