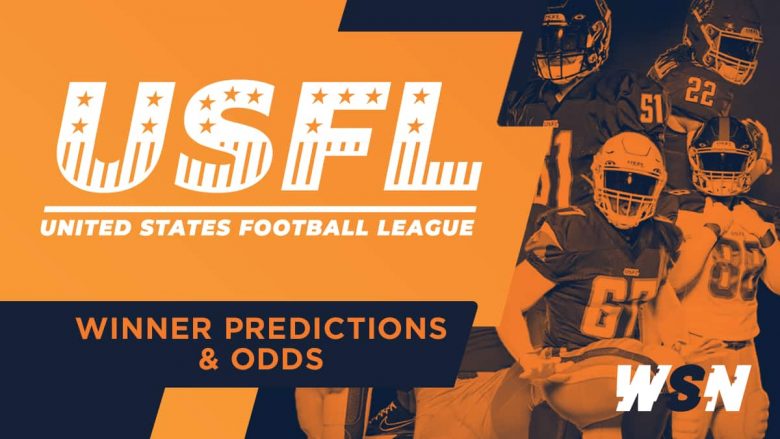 Spring football will be a reality again starting on April 16, 2022, in Birmingham, Alabama when the USFL officially kicks off its latest version of that league with eight teams divided into two divisions competing for ten weeks to qualify for the postseason.

The USFL playoffs will begin on June 25 with the Divisional showdown played in Canton, Ohio at the Tom Benson Hall of Fame Stadium, and the winners of that will face each other on July 3 at that same venue to decide on the league’s first modern champion.

Of course, it is too soon to predict the outcome of the USFL playoffs and the oddsmakers have predicted that their favorite teams will win. You can check our coverage and place a bet early on the USFL Championship matchup.

Can the Michigan Panthers Repeat as USFL Champions?

Not only do the Michigan Panthers have a former NFL Super Bowl XX winning player and Maxwell Club NFL Coach of the Year (2008) leading them in Jeff Fisher, but they also have another advantage in the sense that they have been there, done that before.

In the USFL’s first incarnation back in the eighties, the Michigan Panthers earned the USFL’s first championship by defeating the Atlantic Division champion Philadelphia Stars by a close score of 24-22, making them the odds on favorite to repeat that accomplishment in 2022.

This version of the Panthers features Shea Patterson under center, a strong-armed quarterback who played for the Michigan Wolverines from 2018-2019 and who went undrafted in 2020 but was signed by the Kansas City Chiefs and eventually waived.

Can the Longshot New Jersey Generals Surprise the USFL World

At one point in the history of the New Jersey Generals, former U.S. President Donald Trump purchased the team from J. Walter Duncan in 1983 and had playmaker Herschel Walker running out of their backfield, though now the owners (J. Walter Duncan/Chuck Fairbanks) and roster have changed.

Now the Generals have drafted RB Mike Weber for their rushing attack, a 24-year old dual-threat back who has spent time in the NFL with the Cowboys, Chiefs, Packers, and Giants, now part of a USFL franchise led by veteran head coach Mike Riley.

Right now, the oddsmakers have the Generals as the +700 underdogs to win it all, but with the league being so new there is no telling which team will eventually rise to the top, and for New Jersey to have a winning football team would make a lot of fans happy and follow this newly resurrected league.

If the name Kyle Lauletta sounds familiar to you, it could be because he has played backup QB in the NFL since 2018 when the New York Giants selected him in the fourth round of the NFL Draft, the same year he was charged with eluding police and eventually found guilty of failure to obey a highway sign.

After a few stints playing center for the Eagles Falcons Browns and Jaguars (twice), Lauletta finally settled in Pittsburgh to play with the Maulers of the USFL. This league allows him to show football fans what he’s capable of doing at the professional level.

Lauletta’s Maulers receiving crew includes Jeffrey Thomas and Branden Mack as well as Tre Walker and tight end Matt Seybert. If his hands are not too stiff, this is Lauletta’s chance to prove that he can play at the professional level.

For the New Orleans Breakers and all the USFL teams, an intense pass rush will be the key to many victories, and that is where DE Davin Bellamy comes in, a 27-year old quarterback hunter with several years of pro camp experience to draw from.

Bellamy’s football resume runs deep, from playing on the Texans during the 2018 and 2019 seasons to hopping around from the Bengals to the Titans and then the 49ers, the Chargers, and finally now the Breakers.

How to Watch USFL