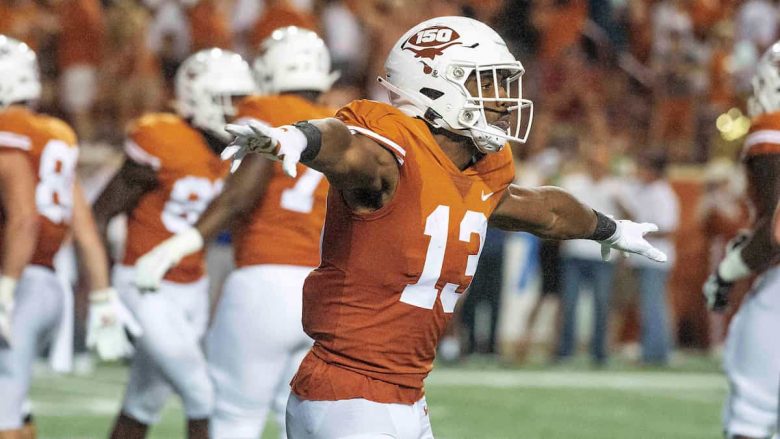 Most of the players on these two teams have only known each other since the USFL Draft took place on February 22 and 23, so expect this first week of play to include a lot of workshopping as each franchise begins to figure out where their strengths and weaknesses lie.

In the interim, the betting industry has started to pay attention to spring football. All the underdogs and favorites are starting to emerge so take a look at this breakdown of predictions, odds and picks for Stars vs Breakers week 1. It will help you make the best decisions.

Can Stars QB Bryan Scott Live up to the Media Hype

Fans of the short lived The Spring League, or TSL, the pro football league that lasted from 2017 to 2021, might remember QB Bryan Scott who played under center for the Generals in 2020 when he led them to an undefeated 4-0 season and the 2020 TSL Championship.

Scott was a league MVP twice and also the only TSL QB to throw for 1,000 yards and complete 10 TD passes in a season, so the media hype he has been receiving has predicted him to excel in this USFL revamp since it is the perfect stage for the 26-year old to showcase his skills.

At Occidental QB Scott completed 63.3% of his passes (763/1,205) for 77 touchdowns and 22 interceptions over four seasons, a dual threat who can just as easily scramble for first downs and more that should make watching these Philly Stars even more fun.

Plenty of these talented USFL players have spent time in NFL camps and are probably one lucky break from getting back there, and once such athlete is New Orleans Breakers QB Kyle Sloter, a twenty-eight year old hurler who has been playing pro football since 2017.

Sloter was an undrafted free agent who bounced around various NFL camps from the Broncos in 2017 to the Vikings, Cardinals, Lions, Bears, Raiders, and Vikings again, so he is no doubt excited to land a home with the Breakers and become HC Larry Fedora’s star QB. Helping Sloter is a talented group of receivers, including Chad Williams and Johnnie Dixon. With Breakers RB Jordan Ellis (see above), this passing attack coordinated and managed by OC Noel Mazzone, it could see early success.

For Stars QB Bryan Scott to be successful, he will of course need some soft hands to target, and receiver Brennan Eagles has a pair of those with size to boot, his 6′ 4″ 229-pound frame giving him the edge in most jump ball situations, his speed giving him a quick step off the line.

In his last two years playing in the Big 12 for Texas, Eagles posted some impressive numbers there with 60 receptions for almost 1,000 yards and 11 touchdowns, it’s no wonder that he got HC Bart Andrus’s attention, the pressure is now on Eagles to be a true number one wide receiver. This week’s matchup against Breakers is a great opportunity to show that you can play pro football.

Given that the USFL employs a 38-man active roster count, every player must contribute in multiple ways, and that is most likely why RB Jordan Ellis was drafted by the New Orleans Breakers, a dual-threat out of the backfield that can hurt you both on the ground and in the air.

When Ellis played football for Virginia between 2015 and 2018, he carried the ball 468 total times for almost 2,000 yards and 19 touchdowns on top of making 29 receptions for another 206 yards of offense and a touchdown catch, as well.

Breakers QB Kyle Sloter is certain to rely on Ellis for a legitimate running threat from the backfield. He also made 19 receptions for another 12 yards of offense and a touchdown catch.

How to Watch Stars vs Breakers

Stars vs Breakers Information What Philadelphia Stars vs New Orleans Breakers Where Protective Stadium in Birmingham, Alabama When Sunday, April 17, 2022; 4: 00 PM ET How to watch USA