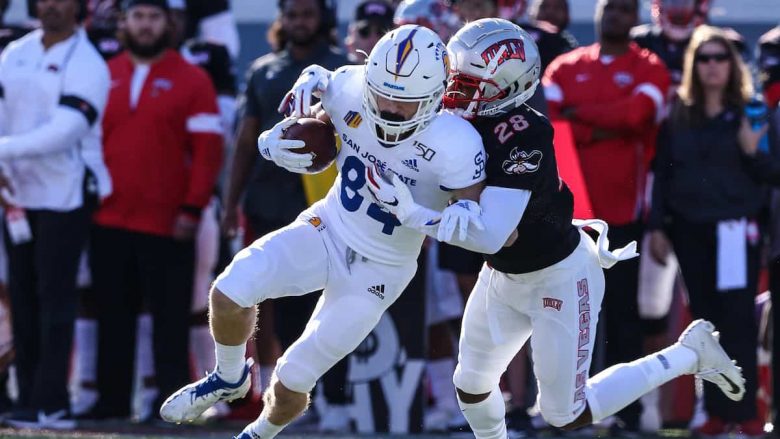 *) , , , , After the USFL’s much anticipated Week 1 of spring soccer, all four teams have won against their North Division counterparts. However, all eight franchises performed well, despite having only three weeks to prepare.

The Pittsburgh Maulers played on Monday night after their Sunday night game with the Tampa Bay Bandits was delayed due to lightning strikes, but the Maulers run game based offense never got fired up in that 3-17 loss, the offensive front line unable to consistently create holes.

After Philadelphia QB Bryan Scott threw a pick-six in the first quarter, his Stars had to battle a 0-7 deficit, but it was the two missed field goals that ended up making the difference in their 17-23 loss to the New Orleans Breakers, something that ST coach Martin Bayless should clean up.

Can the Maulers’ Run Game Get the Life that HC Kirby Wilson Expects Kirby Wilson, the head coach of the Pittsburgh Maulers said that the players would understand the offensive plan and that the playbook was “run game” as seven of the plays were directed at the Bandits.

The Maulers’ two running backs are Garrett Groshek, who played 41 games with the Wisconsin Badgers, and Madre London, who signed with the Alphas of The Spring League in 2020, two dual-threats out of the backfield that struggled to get started against Tampa Bay’s tough front.

Can the Stars Defense Keep the Run Away Effectively?

To win Week 2 of the USFL, the Philadelphia Stars must be able to stop the run effectively. This is what the Maulers are determined on doing all the time. That could prove trouble after last week’s defeat by the Breakers.

Philly’s defense allowed New Orleans to run for 171 yards and two rushing touchdowns, so they appear to be susceptible to a rushing attack, something that defensive coordinator Brad Miller and defensive line coach Brandon Maguire will have to address during this week of practice.

The Stars’ leading tacklers so far are linebacker Josh Banderas, a Nebraska alum, who had 16 total tackles in week one, and safety Ahmad Dixon who had 10 total tackles, two defensive leaders who will have to take down the Maulers’ Groshek and London all day.

Diehard Green Bay Packers fans might remember wide receiver Bailey Gaither, the San Jose State alum who became an undrafted NFL free agent in 2021 and was signed by the Packers until he ‘retired’ in August and was placed on the reserve / retired list for the rest of the season.

Once Gaither came out of retirement, he was selected in the USFL Draft (14th round) by the Pittsburgh Maulers, a run-first team that needed a receiver who could form a quick connection with QB Josh Love, who just happened to be Gaither’s QB when they played at SJS together.

Now it looks like Gaither will give Love a reliable target whose routes he is familiar with, and in Week 1 the two connected three times off seven targets for 42 yards but no touchdowns and their connection breathed a little life in a team that seemed dead set on running no matter what.

A bright spot on the Philadelphia Stars’ passing offense is wide receiver Chris Rowland, a Tennessee State alum and Deacon Jones Trophy winner (2019) who has spent some time in a couple of NFL camps (Atlanta Falcons, Tennessee Titans) so he brings big league experience.

In week one against the New Orleans Breakers, Rowland was targeted nine times and caught 7 of those passes for 74 yards, his longest a 22-yard hookup with QB Bryan Scott that was proof that this connection can produce big plays, as expected from the OVC Offensive POY (2019).

Tight end Bug Howard was also a big player in week 1. He caught a touchdown from a crossing route and gave his team the lead with just over a minute remaining in the first quarter. This is a great player with lots of NFL camp experience.

How to Watch Maulers vs Stars

Maulers vs Stars Information What Pittsburgh Maulers vs Philadelphia Stars Where Protective Stadium in Birmingham, Alabama When Saturday, April 23, 2022; 12: 00 PM ET How to watch FOX