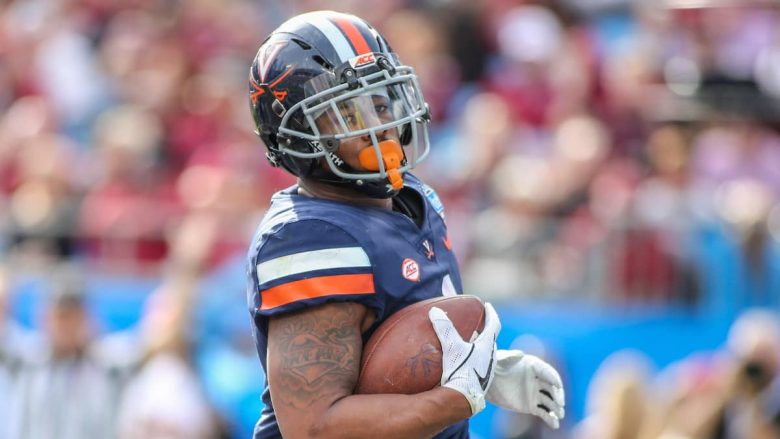 *) , , , . The USFL South Division Final features HC Larry Fedora and his 6-4 New Orleans Breakers facing HC Skip Holtz’s 9-1 Birmingham Stallions. This could be a trap for the Stallions (who have won both of these games), but the Breakers should win.

The Breakers are coming off a Week 10 blowout loss to the Houston Gamblers, 3-20, whose defense and special teams did something that New Orleans struggled to do, which was put points on the board, and now they face the best team in the South in a do or die matchup.

Last week, the Stallions defense held strong in the team’s ninth win, this one against the Tampa Bay Bandits who came close to a second-half comeback, 21-18, but their “comedy of errors,” which included two turnovers and some bad snaps, had best get cleaned up fast.

Here are our top picks, predictions and odds for the Breakers vs Stallions. Good luck!

Take a look at the predictions and odds for USFL 2022 Championship Winner, here!

Breakers HC Larry Fedora was wise to rest a few of his starters in Week 10 (which explains the blowout loss, perhaps?

Sloter is not the most accurate passer – he’s completed only . This may explain the blowout loss.

Sloter is not the most accurate passer – he’s completed 57.7 percent of his passes and he has the second most interceptions (11) in the league – but he has completed 168 passes for almost 1,800 yards and 9 touchdowns, a field general who seems to have the respect of his offense.

New Orleans faces a Birmingham defense that keeps opponents to less than 174 passing yards per game, so Sloter and company will have their hands full here, that Week 10 rest he received no doubt a help for the guy with 54 rushing yards and a rushing touchdown on the season.

Can the Stallions Win the Game?

For the first season in a row, the Stallions won’t have hometown advantage. However, they might still be able to carry the day with a strong fan support. This is due to the fact that this will be the USFL’s first game outside of Birmingham.

One advantage the Stallions do have is a top notch rushing attack, the best in the North and the second-best in the league, their RB room posting 304 carries this season for 1,365 total yards and 12 rushing touchdowns averaging 136.5 yards on the ground all season, also second best.

Watch for Birmingham’s two best RBs to be featured in this Finals matchup – CJ Marable (102 carries, 401 yards, 5 TDs) and Bo Scarbrough (84 carries, 352 yards, TD) – and expect them to hit hard and early so that the passing attack can have more success in the second half.

The Breakers rushing attack is ranked just fourth in the league, and that’s despite the fact that their roster contains the most productive RB in the league, Jordan Ellis, the dual threat back who has posted 596 yards on the ground this year along with 83 yards as a checkdown receiver.

Ellis has been in the endzone four times this season, all on the ground, the 26 year old former Virginia player tough to tackle when he has the ball, a 5′ 10″ 220 pound versatile player who was taken in the 28h round of the USFL Draft by New Orleans.

This will be a good game for Ellis to show off his effectiveness early on, these Stallions talented against the run having allowed opponents to gain just 95.5 yards on the ground per game, the last chance for this RB to help his team advance plus it will be a great showcase for NFL scouts.

Last week in their ninth win, the Stallions went go into halftime with a dominant lead, a game in which both QBs got some playing time, though J’Mar Smith struggled with a 31.3 QBR throwing for an interception, no TDS, and completing 37.5% of his targets, not good enough at all.

Fortunately for HC Skip Holtz, QB Alex McGough was also available, and he did a bit better, with a passing TD and a rushing TD and an interception, completing 14/25 for 183 yards plus 30 rushing yards including a heroic twisting and turning dive into the endzone in the first half.

Both QBs are likely to play time in South Finals. However, the one with the better hand will probably be in the fourth quarter. This is a crucial game for USFL fans. They expect Birmingham will win it so they can take on the North’s best in next week’s USFL Bowl.

How to Watch Breakers vs Stallions