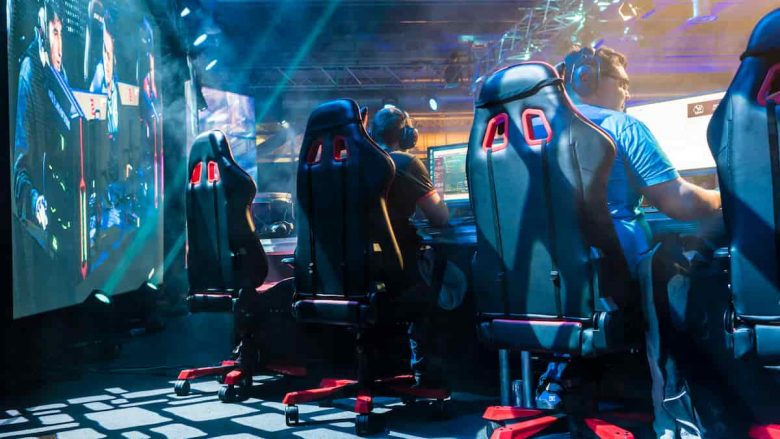 Moving On From The Pandemic

The first split of the fifth season of the country’s professional LoL league veers past the halfway mark, with a clear leader established up top. The double-round-robin format makes it possible for teams from two to five players to compete for supremacy.

The Vietnam Championship Series has been at the receiving end of the covid-19 pandemic, with its representative teams having had to skip three international tournaments in a row: Worlds 2020, Mid-Season Invitational 2021 and Worlds 2021. The final tournament, VCS Winter 2021, took place after the main World Championship when the LoL community had already gone on an off-season break.

The Vietnam Championship Series has been in existence since Riot Games launched them in 2013 alongside Garena as part of the Garena Premier League. However, in 2018, the VCS split from the GPL and became an independent league run by Riot Games.

Since then the season included spring and summer splits, but in 2021, due to the COVID-19 pandemic, the usual VCS Summer had to be cancelled and replaced by VCS Winter, which took place at the end of the year. We have had a timely start to season 5.

The two teams who will start a hectic weekend are SBTC Esports (currently placed sixth and fifth on the points tables) and Luxury Esports. They have both a record of 3-6 wins-loss going into this contest.

Luxury Esports is known for its consistency. Last year, they finished fourth in the winter split. It made them richer by USD 5492. SBTS Esports finished a lowly seventh, pocketing USD 3295.

The prize money is modest compared with some other larger leagues. This is a reflection of the distance the Vietnam League must travel to compete with the larger leagues in countries like France, China and Brazil.

In August 2013, Ampverse, a Southeast Asian esports company acquired a controlling share in SBTC. According to media releases, this acquisition will allow the organization to “scale its community” and increase its merchandise range.

SBTC Esports has professional teams currently in League of Legends, and Wild Rift. SBTC Academy is also managed by the organisation. This academy provides support, funding and an environment that promotes esports for youth across the country.

The only thing that has changed in this season is the fact that Luxury, who have won back-to back games, now has some momentum. Although they have suffered a lot, SBTC is confident that they will win this match.

Luxury will still be difficult to defeat. They are strongly against it. They are the team that is in form and bettors believe they can continue to win. Luxury. We’ll look at the reasons they believe so.

Where Luxury Can Improve Luxury Esports can be good without being exceptional. Their players have two kills for the rank of 4. 09 (Killerqueen) and 4. 32 (Vit), but are averaging 4. 05 and 3. 47 deaths respectively, they nearly cancel out any advantage they may have gained through their offensive proficiency.

A ratio close to 1 indicates that they may be conceding an advantage. This doesn’t improve their kill participation rate or does little to help them in closing out games.

Their two best players need to work together on decreasing their deaths. CBL, the supper player, offers a terrific assist rate of 10. 67 on average, which is among the best in the Vietnam league.

This allows them to stay involved in the game longer than their opponents and gives them the edge. Also, a high assist rate eventually leads to big wins. These numbers show that they don’t have the world’s best players, but teams shouldn’t be taken lightly.

SBTC Must Get More From Their Players

They aren’t helped by inferior numbers of support player. Palette’s 8. 39 assist rate is the best they’ve got. This is not to be taken lightly, but there are more skilled and competent support players within the league. It’s difficult to make big kills, dominate lanes and burn down towers with these numbers.

I think the poor record of SBTC is an indication of their current state as a group. This also reveals why Luxury is the preferred team, in spite of all their difficulties, going into this contest.

Why Saigon Are Favourites

Saigon Buffalo is placed second in the table, with six wins and three losses. Their opponents Team Secret are in fourth place with a record of 5-4. Both sides are reeling from losses and will look to get back to winning. Saigon had a winning streak of four matches before the loss. This suggests that their previous loss may not have been an accident.

Team Secret had a winning streak of three matches before the loss. Both sides have shown great character when things were going their way but they have struggled to find the right balance at every turn. This is something they’ll strive to improve on.

Saigon, being more skilled and better placed than the others in the group, is considered the favorite going into this match. Secret looks like a good bet for anyone willing to make educated wagers on the underdog. They could possibly win big if they create a stir or manage to win against all odds.

Saigon Buffalo has a point to make, after finishing outside of the top four in the winter split. They finished fifth, thereby taking home US$ 4395. Team Secret finished a spot lower at sixth, winning prize money of US$ 3295.

The Shogun and BeanJ show

Saboun, the bot laner has incredible numbers and is an excellent match-winner in Saigon. He lands 5.2 kills, 2. 82 deaths and 5. 96 assists, along with a KDA of 4.1 and creep score of 264.4. BeanJ is the jungler, with a dominating track record and the ability to be the foil for anyone else.

He lands 5. 04 kills, 3. 04 deaths and 7.7 assists, along with a KDA of 4. 19 and creep score of 158.83. They bring the potential for Saigon to be the most successful team in Vietnam and could potentially challengers all over the globe.

XuHao, the support player, lends expertise and experience of 18 maps, with a 55.6% win. With an assist rate of 8. 83 has led to their impressive kill participation rate in victories, something the team can potentially build on going forward.

How to Watch VCS 2022 Spring Split