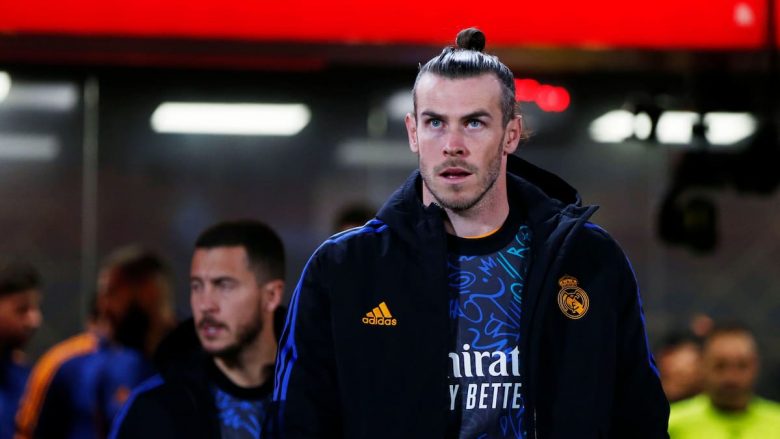 Home advantage could be decisive when two evenly-matched teams go head-to-head on Thursday.

Get all the information you need about betting on the moneyline.

The World Cup dream remains alive for Gareth Bale and Wales. Real Madrid’s forward has had another disappointing season.

At the time of writing, he has made only four La Liga starts for Los Blancos, after making just 10 in the Premier League while on loan at Tottenham Hotspur last season. Bale has been released from his contract and is not sure what the future holds. Bale seems to have his primary focus on the national team, as has been the situation for some time.

Bale has played in two European Championships, with Wales benefitting from UEFA’s decision to expand the tournament from 16 to 24 teams ahead of Euro 2016. However, he hasn’t yet participated in a World Cup. In fact, none of his countrymen have since 1958 – Wales’ first and to date only appearance in soccer’s biggest tournament. The Dragons reached the quarter-finals 64 years ago before suffering elimination at the hands of a Pele-inspired Brazil, the eventual champions.

The 2022 edition of the World Cup will be the last to feature 32 teams, with 16 more sides set to be added in time for 2026 in the United States, Canada, and Mexico. The expansion will make it easier for countries like Wales to qualify, but it would be a far greater achievement if Rob Page’s side were to make it to a 32-team competition.

They have the chance after they finished second in Group E during the initial round of qualification. While Wales was always likely to lose the group to Belgium, they are credited with beating the Czech Republic to the second place.

Wales is now only two games away from the World Cup. The winner of Thursday’s tie will play either Scotland or Ukraine at Cardiff City Stadium in a playoff final.

Whereas Wales qualified for the playoffs by finishing second in their group, Austria has made it this far by virtue of their showing in the 2020/21 Nations League.

Their chances of reaching Qatar will depend on the version of Das Team they choose to play. They were sub-par in qualification and struggled to be consistent at the European Championship last year. Austria were disappointing in a 2-0 loss to the Netherlands, much improved in a 1-0 victory over Ukraine, and unfortunate to lose in the round of 16 to eventual winners Italy.

Austria have certainly the ability to defeat Wales. However, they need to play with the same organization and cohesion as Foda.

David Alaba will be key, but it is still unclear where exactly he will play: at the start of Euro 2020 he was curiously deployed at the heart of the back three, before later being moved to left-back. If Austria are to qualify for their first World Cup since 1998, they will need Alaba to be at his brilliant best.

The Path. Although originally set for next Tuesday, the play-off final has now been moved to June with the semi-final between Scotland & Ukraine. The winner of the Cardiff encounter will now have to wait before he can face off in an all or nothing match in Cardiff in three months.

The semi-final will also be held at the Cardiff City Stadium, which will give Wales an edge. Although these are evenly matched, Page’s team has the advantage due to a larger crowd and more solid defense. Page will win.

Wales conceded nine goals during their first round qualifiers. This is an average of 1. 13 per game. Austria shipped 17 goals in 10 matches – a less healthy average of 1.7 per game.

Defenses are often the winners in high stakes games with a large prize. Wales is more likely than Austria to maintain a clean slate, so one goal could be all that’s needed to make it to the final. Bale may not have had much match experience, but it is impossible to doubt his skill. Bale is more likely than Alaba to be the match’s hero, unlike his Real Madrid teammate Alaba.

How to Watch Wales vs Austria