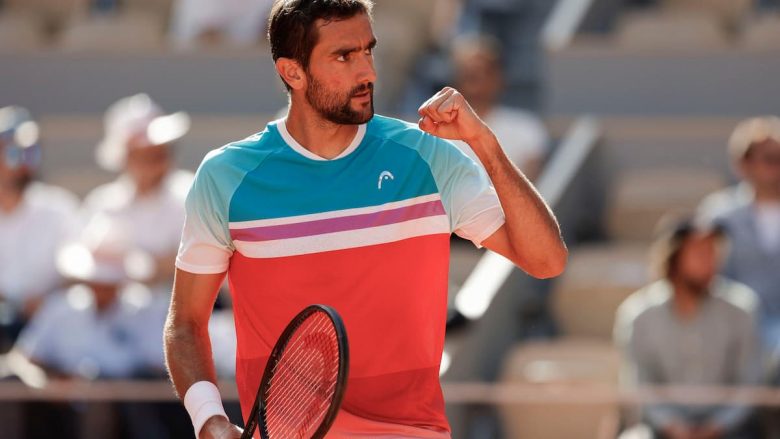 For a man who has only ever played two competitive grasscourt matches as a professional, Alcaraz looks rather short in the outright betting at Wimbledon.

To be fair, his price has drifted after being drawn in the same quarter as title favorite Novak Djokovic but he’ll do well to even reach their scheduled last-eight meeting.

Struff looks the sort of player who could give the Spanish wonderkid some real problems from the outset, his powerful, flat-hitting, added to the low-bouncing surface, won’t give Alcaraz as much time as he’d like.

Alcaraz will look to use his attacking skills but those weren’t effective at the Hurlingham Club last week when he lost two exhibition matches in straight sets.

Struff, meanwhile, has warmed up with decent displays, albeit without any notable results to crow about.

He’s served well, as he did when upsetting Alcaraz in straight sets at Roland Garros last season when he won 83% of points behind his first serve (his opponent managed just 53%).

If he hits his spots on Court One on Monday, I would in no way be surprised was Struff grabs an early lead as Alcaraz looks to get settled into new surroundings and the slick, lush grass.

Backing the underdog to win the first set looks a better option than siding with him for the upset. While I wouldn’t rule the latter out, the Spanish star is an intelligent player who may well be able to figure out solutions and Struff isn’t the toughest mentally when crunch time arrives.

A tie-break in the first set is something I like the look of in this match.

It’s occurred in four of the pair’s previous seven meetings which have usually been pretty competitive with Johnson winning two and claiming at least a set in three others.

So far during this grass swing, both of Dimitrov’s matches have seen a breaker in the opening set, while two of four for Johnson is hardly a bad figure for those looking to back this at +250.

American Johnson has a decent serve which he’ll doubtless focus on holding onto in the early stages – he holds 85% of the time on grass so it’s unlikely to be easy for Dimitrov to break.

Yes, Johnson’s best days are probably in the past but that serve should keep him in this contest, as it did when he took on Taylor Fritz at Wimbledon 12 months ago. On that occasion he lost in five sets in a match featuring two tie-breaks.

This contest looks set to provide more tie-break material and you only have to look at the data to see why.

Both men have been holding onto serve with great regularity during the current grasscourt season.

Underdog Cressy actually has the slightly better numbers, holding serve 94% of the time (and breaking 18%). Auger-Aliassime’s equivalent figures are 93-16.

Cressy was very tough to break in Eastbourne last week where he reached the final, while Auger-Aliassime has also looked in good nick (if you discount his heavy exhibition loss to Djokovic last week).

He lost to eventual champion Hubert Hurkacz in Halle despite not offering him up a single break point.

The first-set tie-break price of +150 may seem short to some but the way these two have been serving, plus the fact they’ve never faced each other before so may need time to get their returning eye in, means there’s every chance that’s the outcome here.

I’m pretty sure Berankis will be happy picking up his hefty first-round loser’s cheque on Tuesday evening as he’s not done a great deal other than turn up at Wimbledon over the years.

His tournament record is 3-8 with one of those wins coming via retirement. On grass as a whole, he’s just 6-17 with the two most recent wins coming in Davis Cup this year – against unranked Pakistanis aged 42 and 20. Both took a set off him.

Berankis hasn’t bothered playing a warm-up event so it’s hard to see him being particularly competitive against a player who enjoys the grass under his feet.

Querrey won’t be returning to the semi-final stage he reached in 2017 but he’s won a few matches on this surface in recent weeks and should have more than enough in his locker to win this comfortably.

His big serve will win him plenty of free points given the poor reach of Berankis – there are nine inches between the pair in terms of height – and that’s been noticeable in their previous meetings.

Querrey leads 3-0 and sent down 26 aces in their most recent meeting, which came at the 2020 Australian Open.

He actually needed four sets to win on that occasion – the other victories both came in straight sets – but a return to dominance seems likely here.

Novak Djokovic is the odds-on favorite for a seventh Wimbledon title but that price isn’t the most appealing given the considerably different year he’s had in 2022.

Last season, at similar odds, Djokovic strode to the title but he’d arrived as the French Open champion and with 30 matches under his belt.

This time around he’s played only 21 so far and won just one title. Most recently he was well beaten by Rafael Nadal at Roland Garros.

How much of an effect his nightmare start to the season, which included deportation from Australia, has had is open to debate but I don’t think he’s playing as well now as he was 12 months ago.

I prefer to look elsewhere and in the opposite side of the draw, Marin Cilic looks a spot of value at +3500, especially for those who bet each way (or for a place in the final).

Cilic made the final here five years ago and has three other quarter-final appearances on his record.

He’s won several titles on the grass in the past and has been in fine form of late, reaching the semi-finals of the French Open.

The Croatian also made the last four at London’s Queen’s Club recently before suffering a surprise defeat to Filip Krajinovic.

However, as a player very happy on the surface, there still looks to be some value on him ahead of the opening round.

How to Watch Wimbledon 2022