Wolves Vs Manchester City – Champions To March On 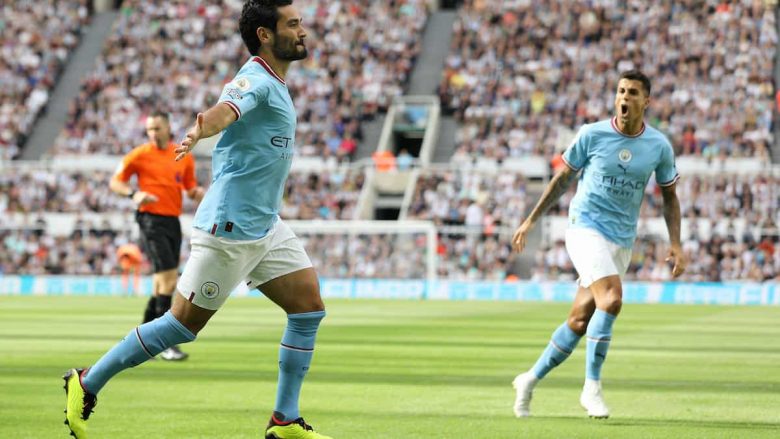 At the time of writing, there was no official confirmation. However, the Premier League appears to be returning this weekend but with reduced fixtures. Matchday seven was cancelled due to Queen Elizabeth II’s death. This decision was made by England’s soccer authorities in the context of other sports continuing as usual. The matchdays in London on Saturday and Sunday could be delayed due to policing concerns. However, matches outside London should go ahead.

Manchester City has the opportunity to be at the top of this table, despite the fact that Brentford is hosting Arsenal and Tottenham Hotspur playing Leicester City. They are one point behind Arsenal as the favourites to win Premier League. However, a draw at Molineux could see them climb to the top of the standings because they have a better goal difference than Mikel Arteta.

City will be pleased with how things have gone at the beginning of 2022/23. Liverpool, who have been their main rivals in the past and were runners-up last season by just one point, are having a disappointing start. Jurgen Klopp’s team may be able to turn the tide, but they are likely to finish the weekend 8 points behind the current champions. This is an enormous gap, even at the early stages of proceedings.

Erling Haaland has made a stunning impact in his first weeks as a City player, notching 10 goals in six matches to take control of the Premier League top scorer race. City has had a strong front line with the Norway international, which is something they didn’t have last season. The Wolves defense will be trying to contain Haaland.

Wolves have also added a striker to their ranks. They actually have two, but Sasakalajdzic broke his anteriorcruciate ligament on his first appearance for the club. To cover him, Wolves brought in Diego Costa (ex-Chelsea striker) on a complimentary transfer.

It will be interesting to see where Costa goes. His first spell in the Premier League was a huge success: he scored 52 goals in three seasons at Stamford Bridge, firing Chelsea to title triumphs under Jose Mourinho and Antonio Conte. However, he will turn 34 next month and has not played since he terminated his contract with Brazilian outfit Atletico Mineiro in January.

Costa will join a club which has had a difficult time scoring goals during Bruno Lage’s tenure. Only three of the three teams relegated from the league scored more goals than Wolves last season. So far in 2022/23, Lage’s charges are the joint-lowest scorers alongside West Ham United.

It is both a problem with creation and conversion. However, Wolves’ underperformance in achieving their goals clearly shows they need someone who can make moves around the penalty box. Costa may be the man to replace Raul Jimenez, although he is expected to stay at Molineux for the first couple of weeks.

Manchester City Are Unlikely to Come Unstuck at Molineux

Manchester City have not been flawless in the opening weeks of 2022/23. In a 3-3 thriller draw against Newcastle United, they dropped 2 points and were denied victory at Molineux. Both City and Newcastle United lost control of the game to let their rivals back in. Lage will have been closely following both matches in preparation for this match, especially after the Liverpool clash was cancelled last weekend.

But City has so many quality players that it’s hard to imagine them falling at Molineux. Although Wolves have a lot of offensive talent, they aren’t lacking a goal scorer and can struggle to turn good build up play into goals. They will be short of ball this weekend which is likely to prevent them from surprising.

With all this in mind, it is best to win away to zero. City is determined to be at the top of the table quickly and should be able hold Wolves at arms length during Saturday’s early kick-off.

How to Watch Wolves vs Manchester City